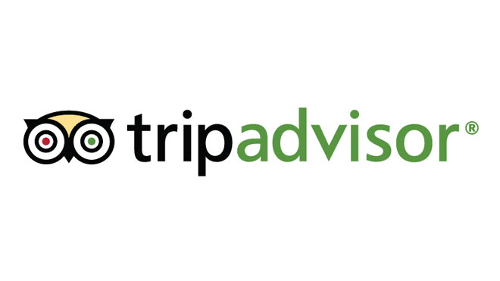 Since about March 15, 2018, you have probably noticed a rather brutal upheaval in the Tripadvisor rankings, with losses of positions for many, apparently incomprehensible.
Tripadvisor has indeed evolved its ranking algorithm.
We have tried through a mini audit (which you will find attached) on two places we know well to understand the evolutions and to understand how it happened in order to eventually be able to remedy it.
So we did an analysis on the restaurant part in Verdun, and on the hotel business in Gordes, two places that allow us, on a "reduced" scale of competition, to see what could have happened.
Findings and Conclusions :

Tripadvisor mainly offers search results in the hotel industry in a wider geographical area. In Gordes, it brings up research results in surrounding villages more or less close (Joucas, Roussillon) which "pollute" the local research and now include establishments that were not included before.
In Verdun, it is less so, but it includes Belleville sur Meuse, which is not in the city of Verdun itself.
II/ Ignorance of the Categories (and width of services) and typology of the establishments:
Second observation, Tripadvisor seems to want to mix "cabbages and carrots":
As far as catering is concerned, there is no longer any difference between a local "boui-boui" with a very good rating of 10 seats and establishments with a very different quality/volume/number of seats ratio.
The same goes for the types of kitchens: everything is mixed, from Italian, to Kebab, to "homemade" quality.
For the hotel industry, it does not hesitate to promote 3 stars at the level of 4, 5 stars and palaces as long as the ratings of Internet users are proportionally very good in their respective categories.
So it is no longer the premium for the quality of the establishment (more or less top-of-the-range), but the premium for the rating in absolute terms...
You only have to look at one in Paris to understand this great nonsense: look at which is the 4th restaurant in Paris (at the time of writing) out of 14,957 restaurants
https://www.tripadvisor.fr/Restaurant_Review-g187147-d5969794-Reviews-Restaurant_Argana-Paris_Ile_de_France.html
Nowadays it's almost like saying that an excellent kebab is worth a gourmet menu, and that a nice guest room is worth a luxury hotel suite... if Tripadvisor stays on this way of calculating.
5 and 4* bonus over the long term / Strong and immediate penalty for 1 / 2 stars
Nevertheless, two very coherent elements can be observed beyond the incoherence of these mixtures of genres:
The final ranking seems to be composed of a mix of 4 and 5 stars over the whole period of the establishment since its creation, and a very short term ranking on the same criteria .
Namely, in the top 10 classified we find those who have had on average more than 90% of 4 and 5 stars since their beginning, and those who at the same time have more than 90% of 4 and 5 stars on the last 10-15 reviews.
Except for La Bastide de Gordes (but which, if logic is followed, should plunge quickly), On the other hand, establishments that are awarded 1 and 2 stars by Internet users are heavily penalised.
The 1 and 2 stars cause very sharp falls in the short term.
Lesser importance of response to opinions
We also note that Tripadvisor now seems to ignore the response to the opinions of the establishments, to focus its algorithm almost exclusively on obtaining 5 stars, therefore on the short term and in the long term.
What can be done in the short term to alleviate these shortcomings?
This may not remain as it is, as Tripadvisor will not satisfy Internet users who are looking for a quality guarantee in a given range in a ranking. (and not in a mix of ranges)
They have been seen to backfire in the past with algorithm tests that were not satisfactory.
However, if things were to remain as they are, several things must be done:
1/ focus on getting more 5-star ratings than ever before, and do everything possible to avoid getting bad ones.
So concentrate more time on getting "good opinions" than answering those of customers.
2/ to denounce to Tripadvisor the obvious inconsistencies when an establishment does not deserve to "join the battle" in a given geography or a given category in such a way as to try to remove from the rankings those who do not deserve to be included.
As we know that 1 or 2-star reviews are penalizing, it will inevitably also generate vocations... so we will have to be very vigilant to contest them and/or have them cancelled as soon as the opportunity arises.
To go further on tripadvisor opinions and E-Reputation: read also some excellent articles on the subject :
in French
TripAdvisor: what will change for your hotel or guesthouse
–
https://www.artiref.com/trucs-et-astuces/nouvel-algorithme-tripadvisor.html
in English
https://www.linkedin.com/pulse/tripadvisor-merging-hotels-vacation-rentals-one-small-mario-gavira/
5 / 5 ( 2 votes )
Abstract

How to choose the right digital agency? Optimize 360 offers you the opportunity to make calls before you even get to the...

How to properly reference your law firm in the...

How to go from a window site...

How to choose the right digital agency? Optimize 360 offers you the opportunity to make calls before you even get to the...

How to properly reference a law firm in a country...

E-reputation: Optimize your opinions and ...

At Optimize 360 we are specialists in e-reputation and we are here to advise and influence your company's reputation....

Inbound Marketing, also called inbound marketing, is an approach that brings the customer in .

How can we help you?